Warning: This post is littered with inaccuracies and fictionalization, but I’m also pretty sure it’s still true enough to keep anyone who thinks any of it is about them from suing me. 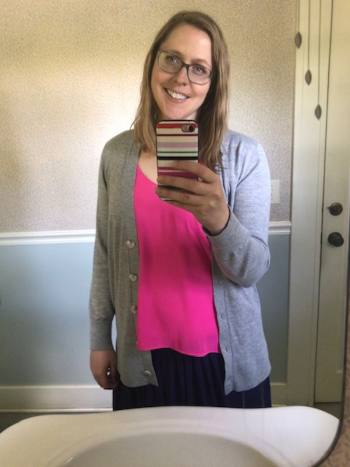 I have been surprised and deeply touched by your positive responses to my triumphant blogging. People have saluted my bravery and encouraged me to write more. Many readers have asked me, “What was the tweet that got you fired? What was going on in your office?” Did I say many? I meant two people have asked me about the tweet, but that extrapolates to half of my readership!

The thirst of the people must be slaked. I shall recreate the tweet.

The exact verbiage of the offending tweet was lost to me when I deleted the original Stumped Mom twitter account in a fit of panic. It likely survives in paper form in my Employee Record file in a locked filing cabinet, in a locked office, behind my old bosses desk. There it will remain for five more years to protect the organization from potential litigation and to hold over me. I am not going back there to get it!

Rather, I shall do my best to recreate it. If I’m a cyberslut qween then context is king! To create context, have nested the tweet in a timeline of fictionalized workplace quotes. The quotes, times and dates have been resumed from a graveyard of my personal regrets. Then reassembled using my faulty, parenting, concussion, and PTSD addled memory. Timeline and verbiage have been approximated, the names have been changed. Consider me a completely unreliable but occasionally entertaining narrator. 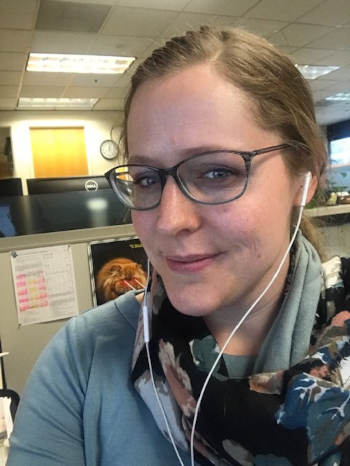 June 2006 In my first week of work I received an ominous warning from a gal that’s always had other women’s backs. “Whatever you do, don’t wear a shirt that shows your midriff. Barb can’t stand that. She sent me home one time when I raised my arms and she saw my belly.” -Stacey.

January 2007 Barb rounded up all of the women under the age of fifty and spoke to us one by one about the way we were dressing at work. I was wearing khakis and a solid green, Old Navy v-neck t-shirt on a casual Friday. “It’s not just you, I’m talking to all of the young women in the office, today. I’d like to see…less cleavage, like that top you’re wearing today, I can see how you might think that’s appropriate but our industry is very conservative. Some of the men, I’m not saying who, but at least one has complained that he is uncomfortable.” -Barb.

March 2008 “Did you hear why George Fiction resigned from his prominent position at _____? He was looking at adult materials on his work laptop.” -Linda and Barb and pretty much everyone else

October 2011 “I understand that you are pregnant and that it may be difficult for you, but I need you to pay attention to the way you are sitting down, especially when you are wearing skirts, I’m hearing comments from the men.” -Barb

February 2014 Six weeks before first back surgery for a ruptured disk, after sitting for two hours in a low wood backed chair. “I noticed how you were sitting in the annual meeting and the thing is. Have you heard of reverse sexual harassment?” -Barb

October 2016 “You need to talk to Christina about her shirts, I shouldn’t be able to see her bra.” -Barb

December 2018 “Tell Sandy that sports team jerseys are not appropriate for the workplace and please make sure the next version of the dress code specifies no team Jerseys. “ -Barb

June 27, 2019 - On Twitter “I have to wear a bra to work but Todd gets to waltz around the office, in ultra -thin performance-knit golf shirts with his moobies wobbling free?” -Stumped Mom

July 2019 “We are terminating your employment relationship effective immediately for violations of the following policies: Sexual harassment, electronic communications.” -Letter of dismissal signed by Barb